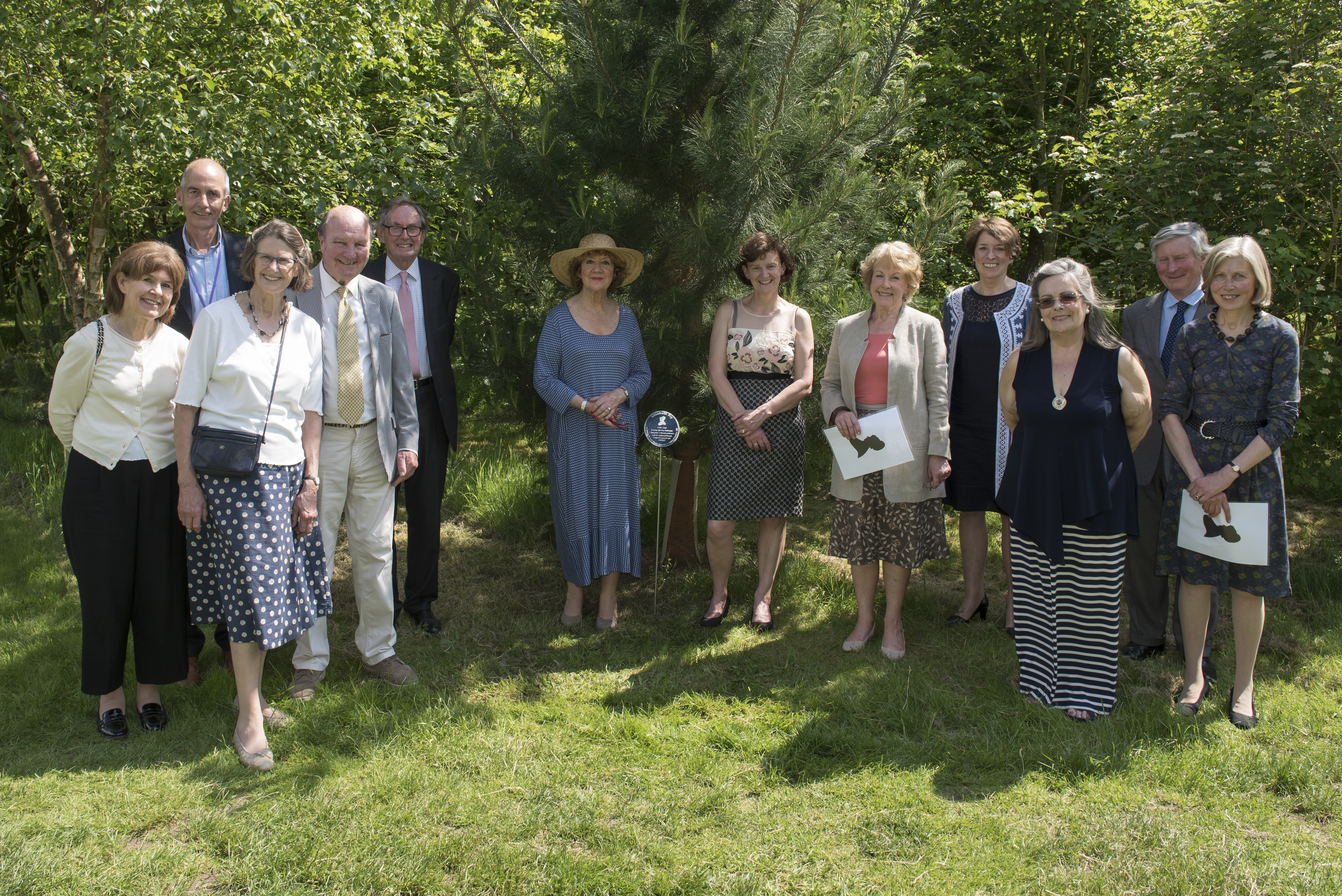 On 25 May 2017 Averil and Orphans Publishing dedicated a tree and plaque to Elizabeth Fry at the National Memorial Arboretum to honour her life and work and ensure she is remembered by future generations.

The moment we arrived at the National Memorial Arboretum at Alrewas, Staffordshire for the dedication of a tree to Elizabeth Fry, I knew it was going to be the perfect place for our tribute.

I had worried that maybe Elizabeth would not have approved of an arboretum dedicated mostly to our armed forces? Quakers are pacifists and as such cannot take up arms, but the Grounds Administrator, Rachael Haynes, stressed, when we first spoke, that the arboretum was not just for military personnel and in fact included an unusual Quaker Memorial.

It is a beautiful and very moving place for celebrating life. It’s not a cemetery but a 150-acre space where 30,000 trees have been planted to commemorate individuals and groups. It was the idea of Commander David Childs, CBE. He wanted it to be a place of joy, where the lives of all people, young or old, would be remembered by living trees which would grow and mature in a world hopefully at peace.

I just loved the open spaces, the warm welcome from staff (including armed police deemed necessary after the atrocious attack in Manchester) and the variety of unusual memorials and dedications. Even the café and restaurant were light and spacious.

Opened in May 2001, the arboretum is now filled with wild plants, grassland, woodland, a reed bed and wetland. Brown hares, skylarks, lapwings, otters, finches, tits, green woodpeckers, buntings, bats, even an occasional black redstart, have been observed. Elizabeth would have loved it!  She adored nature and gardens all her life.

Orphans Publishing and I wanted to honour Elizabeth as she came off our £5 note during May 2017. She was the second woman, after Florence Nightingale, to appear on a note – Jane Austen will be next, on our £10 note this autumn. We had various ideas for a celebration but none seemed as fitting as this one.

It was short notice but we invited people from far and wide to join us at the Arboretum, which is not far from Lichfield. We were delighted to welcome amongst our guests Anthony Rolley, Trustee, Elizabeth Fry Charity, Helen Newman, president of Alrewas Women’s Institute and Clare Thompson, a descendant of Fry.

Our tree is a healthy young Scots Pine, evergreen and close to the Quaker Memorial – which is near the Millennium Wood and the wild flower meadow heavily planted with poppies.  It is a private, tranquil resting area, perfect for quiet reflection. The Quaker memorial, built in a circle reflecting many Quaker Meetings for Worship, represents unity and equality. Elizabeth’s plaque is beautiful and hopefully will remind visitors of this wonderful woman and her work for many years to come.

I have admired Elizabeth since I was a teenager. She learned to manage her fear of the dark and death, her terror of the sea, her shyness, her horror of public speaking to become a reluctant celebrity of her era. From a young age she noticed and worried about the poor, homeless, gypsies and thieves. By just eighteen, she was running a school for children in the attic of her home, Earlham in Norwich. So many children came that she had to move them into the laundry downstairs for their lessons.

That was the first of many schools she set up over the years – the most famous of course being at Newgate Prison. She also organised schools for reading and writing as well as sewing groups on the transport ships taking women prisoners to Australia.

Reading and writing were basic needs in her view, although she was aware of her own educational short-comings. All her life she encouraged people to read and develop a love of books. She started libraries for lonely coastguards and shepherds – prompted by people she saw as she travelled the country.

But it was for her prison work that she was best known. A chance visit to Newgate with clothing and bedding for sick women prisoners and their children, changed her life – and history – forever. She had strident views on prison reform and her stubbornness helped her gain the attention of the people whose help she needed.

She also loved to nurse family and friends (all of whom adored her gentle hands and soft voice) and she started the first formalised nursing, with Fry’s Nurses. Florence Nightingale hugely admired her and it’s thought they met in 1844, a year before Elizabeth’s death aged 65. Florence went on to take Fry’s Nurses with her to the Crimea less than 10 years later.

Add to all these demands on Elizabeth –  a loving husband and eleven unruly children, all needing discipline, love and care from their mother, and I, for one, need to sit down with exhaustion.

But not Elizabeth. She added to the mix a deep Quaker faith. She had abandoned her love of pretty clothes, dancing and singing in her late teens and adopted instead a simple Quaker life-style and dress. She spoke at Quaker Meetings for Worship throughout the country, and in Ireland and Europe. And she always promoted her strong views on prison reform wherever she went –  visiting whichever local jails she could.

She has been criticised for being a bad mother but I would argue that no one could possibly get it right all the time with so many children. She clearly loved them all dearly – and they, her –  and fought to balance the many aspects of her life – husband, home, children – versus Quakerism, versus public good works.

Throughout her life, Elizabeth suffered delicate health and was ill for weeks after the birth of each of her children. But as soon as she could, she would carry on, driving herself forward with her mantras: “While It Is Yet Day” – we must keep working during daylight hours and only rest at night – and “Come what, come may, Time and the hour runs through the roughest day” – to help her cope with the bad patches. Her bravery and determination in life is an inspiration to us all. 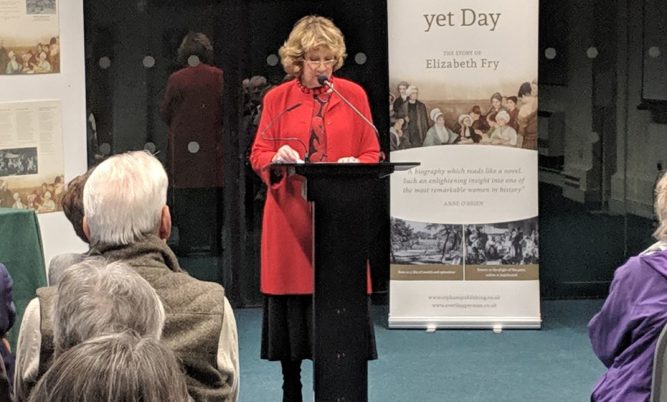 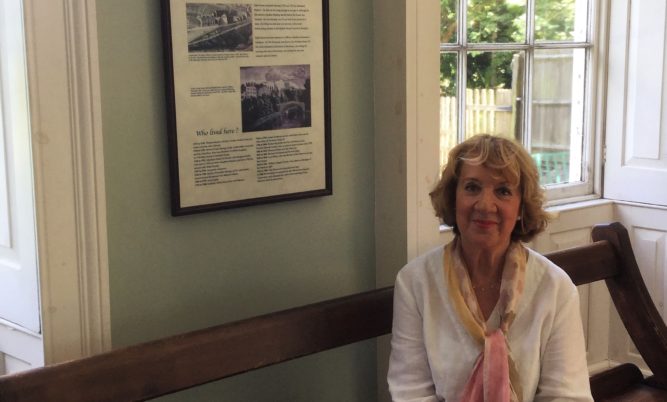 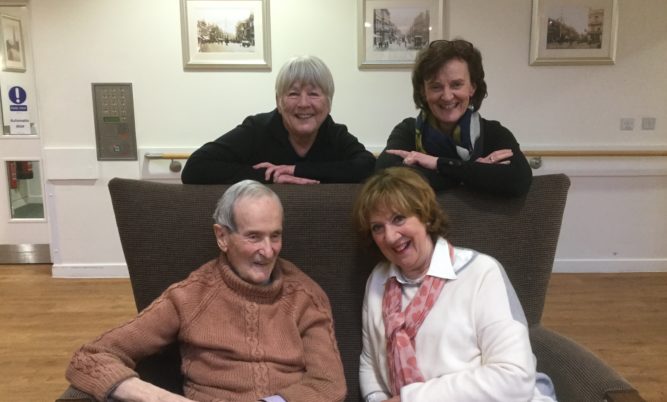 The knowledge of Ted Milligan

It is always a pleasure speaking with Quaker historian Ted Milligan, and visiting him… read more